This is the last week of the Church’s year so it is a chance to look forward and to prepare for what is ahead in the next few weeks.

As we begin the season of Advent it is important to remember what it is truly about and to understand that we need to get ready to welcome Jesus into our lives.

This week we will have the chance to create prayers, make decorations, play games and make an Advent Calendar so that we are fully prepared to begin our Advent preparations next week!

Think about how you can get ready in your own life, how can you be more like Jesus and follow his loving example?

To start our week we have a very happy song all about getting ready, listen carefully and enjoy!

This song is all about getting ready for someone that loves you very much.

This is exactly what we are doing during Advent when we get ready for the birth of Jesus.

Jesus, like God the Father, loves us all very much and we need to get ready for that love to be shared with us as we celebrate Christmas in a few weeks.

One of the lines says:

“I’m gonna try to make you love me too.”

This is what Jesus had to do. Not everyone wanted to show Jesus love and not everyone believed that He was God’s Son so He did lots of things that showed great love to others during his ministry on earth.

Jesus shows us all a love so strong that it is difficult to imagine it.

How do you think Jesus loves you?

Close your eyes and think of some ways that you could show love to Jesus and to the people around you.

Let’s end by saying this prayer together:

Help us Jesus to be like you and to show love to everyone we meet.

Look at this picture of Advent decorations. 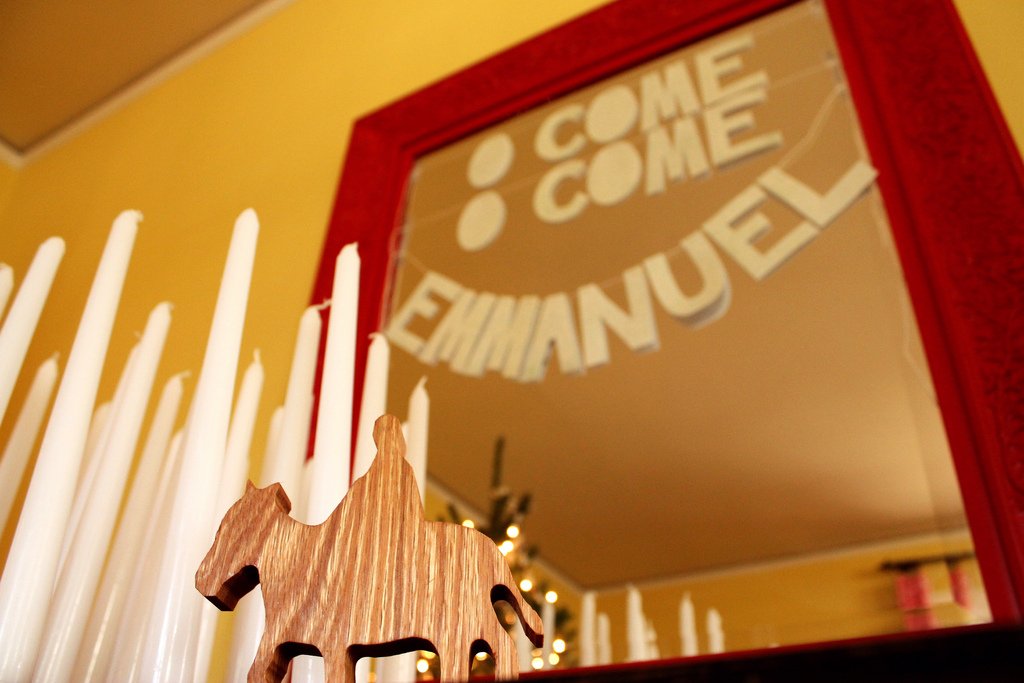 The word on the mirror, “Emmanuel” is a name for Jesus.

These decorations are preparing the way for Jesus.

Make some decorations to prepare for when Jesus is born.

You could use the words:

Think about how Jesus would want you to behave and prepare by trying to do this during Advent.

Be kind to others.

Say sorry and forgive others.

One of the ways that we can prepare properly during Advent is by doing something everyday which will help us to get ready.

That means that this week our action is to make an Advent Calendar that we can use throughout Advent.

The Calendars that you might have at home may include sweets or chocolate but we need a calendar that will help us to be more like Jesus during Advent, so this calendar will be a little different.

Give each person one day of Advent to prepare for. This year Advent starts on Sunday 2nd December and ends Monday 24th December. If you don’t have enough people in your Class to prepare one day each then you could prepare the weekdays only, which still gives you 15 days to prepare for!

Decide on a task or challenge for each day that will help everyone in your Class to be more like Jesus. Some examples are:

Alternatively, you could write a special prayer for that day in Advent which the whole Class can say together – this means that you will have to use words like “we, us, our” instead of “I, me, my”. Think about what you need to pray for that will help you to be more like Jesus.

Don’t forget that you will need to create some boxes/ pouches/ pockets for all of these challenges and prayers to go into. Have a look at some of the pictures below for inspiration. 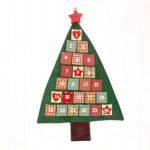 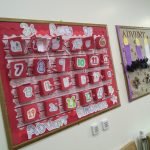 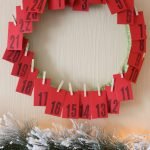 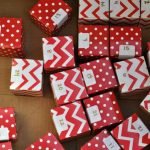 Watch this video to find out what Zechariah, the father of John the Baptist, said when his son was born and named John.

When Zechariah could finally speak again he spoke the words of God and made a special prophecy about his son. He said that he would go ahead of the Lord to prepare his ways before Him.

In Advent we all have the job of preparing the way for Jesus in our lives but it isn’t always easy.

Create a prayer for someone to ask for God’s help in their preparations during Advent.

You could draw a picture of some of the things that they could try to do or, you could write a prayer, asking God to help them to become closer to Jesus.

Along with all of the prophets from the Old Testament there was one man who was sent ahead to make preparations for Jesus. His name was John the Baptist, let’s listen to the preparations that were made before he was born.

If you’d like to recap on any of the story then you can read the scripture from Luke’s Gospel below.

A reading from the Holy Gospel according to Luke

During the time when Herod was king of Judea, there was a priest named Zechariah, who belonged to the priestly order of Abijah. His wife’s name was Elizabeth; she also belonged to a priestly family. They both lived good lives in God’s sight and obeyed fully all the Lord’s laws and commands. They had no children because Elizabeth could not have any, and she and Zechariah were both very old.

One day Zechariah was doing his work as a priest in the Temple, taking his turn in the daily service. According to the custom followed by the priests, he was chosen by lot to burn incense on the altar. So he went into the Temple of the Lord, while the crowd of people outside prayed during the hour when the incense was burned. An angel of the Lord appeared to him, standing at the right side of the altar where the incense was burned.When Zechariah saw him, he was alarmed and felt afraid. But the angel said to him, “Don’t be afraid, Zechariah! God has heard your prayer, and your wife Elizabeth will bear you a son. You are to name him John. How glad and happy you will be, and how happy many others will be when he is born! John will be great in the Lord’s sight. He must not drink any wine or strong drink. From his very birth he will be filled with the Holy Spirit,and he will bring back many of the people of Israel to the Lord their God. He will go ahead of the Lord, strong and mighty like the prophet Elijah. He will bring fathers and children together again; he will turn disobedient people back to the way of thinking of the righteous; he will get the Lord’s people ready for him.”

Zechariah said to the angel, “How shall I know if this is so? I am an old man, and my wife is old also.”

“I am Gabriel,” the angel answered. “I stand in the presence of God, who sent me to speak to you and tell you this good news. But you have not believed my message, which will come true at the right time. Because you have not believed, you will be unable to speak; you will remain silent until the day my promise to you comes true.”

In the meantime the people were waiting for Zechariah and wondering why he was spending such a long time in the Temple. When he came out, he could not speak to them, and so they knew that he had seen a vision in the Temple. Unable to say a word, he made signs to them with his hands.

When his period of service in the Temple was over, Zechariah went back home. Some time later his wife Elizabeth became pregnant and did not leave the house for five months. “Now at last the Lord has helped me,” she said. “He has taken away my public disgrace!”

The time came for Elizabeth to have her baby, and she gave birth to a son. Her neighbors and relatives heard how wonderfully good the Lord had been to her, and they all rejoiced with her.

When the baby was a week old, they came to circumcise him, and they were going to name him Zechariah, after his father. But his mother said, “No! His name is to be John.”

They said to her, “But you don’t have any relative with that name!” Then they made signs to his father, asking him what name he would like the boy to have.

Zechariah asked for a writing pad and wrote, “His name is John.” How surprised they all were! At that moment Zechariah was able to speak again, and he started praising God.The neighbors were all filled with fear, and the news about these things spread through all the hill country of Judea. Everyone who heard of it thought about it and asked, “What is this child going to be?” For it was plain that the Lord’s power was upon him.

The Gospel of the Lord.

(Praise to you Lord Jesus Christ.)

As we have heard, Zechariah lost his voice because he did not believe in the message that he was given by the Angel Gabriel.

Have you ever been given a message or some news that you didn’t believe?

How would you feel if you couldn’t share an exciting event that had happened to you?

Although Zechariah couldn’t speak he knew that it was important to share the message that the Angel had brought to him and to give his son the right name.

We are going to put you to the test to see if you can still give important messages when you cannot speak by playing a game called pictionary.

Here are the rules:

You can choose to draw part of the story that you have just heard or, if you want to make it a bit trickier for your classmates, you could draw a story from anywhere in the Bible!

Take it in turns to share your pictures and see if they tell the story/ message clearly enough that your classmates can understand them without any words!