This week there is a focus on the special meal that is the Eucharist, and on the season of Lent which will begin on Ash Wednesday.

Our Music Resource and Video Resource, with the help of students from St Edmund Campion School and a former Becket 6th Form Chaplaincy Team, will help us to think about how we prepare for and celebrate Mass together.

Our Scripture Resource goes all the way back to the Old Testament to find out what festival Jesus and His disciples had gathered together to celebrate when they shared in The Last Supper and our Picture Resource links with this piece of scripture and helps us to think about the scene that we would have found if we had been a disciple with Jesus on that evening.

As our Action this week we will think about the season of Lent. We will make our Lenten Promises and join together in prayer to ask God for help to be more like Jesus.

Throughout this week think about what it would have been like to be a disciple with Jesus at The Last Supper and think about how we can share in this when we celebrate Mass.

If you have found any pieces of scripture that you think link to our theme this week then please add them in the comments box below to share the Good News so that we can all enjoy them!

This week our Music Resource comes from some of the students at St Edmund Campion School.

In this song we hear about the way in which we prepare to celebrate Mass.

Listen carefully to the words and think about why each part of the song is so important to help us to prepare to meet with Jesus during Mass.

Perhaps you could join in with actions of your own.

Help us God to prepare in the right way when we celebrate and pray together.

Help us to make time to pray and to become closer to you.

Look closely at these images of The Last Supper. 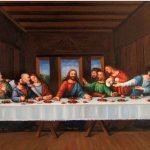 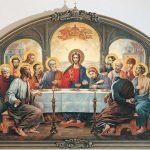 What is the same about these images?

What are the differences between these images?

How do you imagine the Last Supper would have looked?

When we gather together with our friends we often talk about memories and celebrate the good things in our lives.

Think about how you will gather with your friends to celebrate and which memories you will share.

Thank you Lord for giving us people who love us to celebrate and to share with.

On Ash Wednesday we will begin a very special season of preparation called Lent.

During Lent we concentrate on our relationship with Jesus and try to become more like him by focusing on these pillars of Lent:

Prayer – speaking and listening to God

This week the Action that we will take will last for the whole of Lent – that’s 40 days and 40 nights! 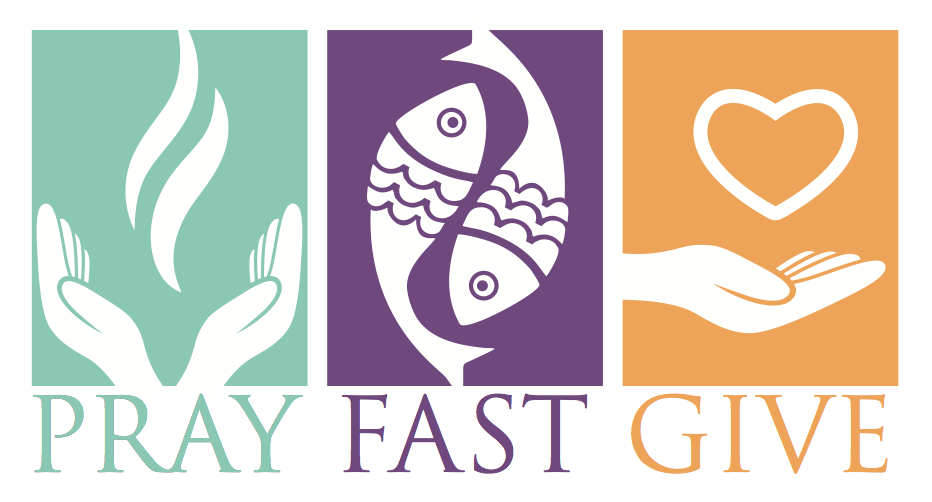 As your Action decide on your Lenten promise.

It could be that you make some more time for Jesus in your life and you try to pray everyday or you will make sure that you go to Mass every weekend.

You could give something up such as chocolate, playing on your Xbox or arguing with others.

You could do something for those around you such as promising to help with chores at home, giving some of your pocket money to charity or playing with others who are left out on the playground.

Help your classmates to think about what they can do during Lent to become closer to Jesus.

When you have decided, write down your Lenten promises and decorate them with pictures and words of encouragement.

Remember, Jesus’ disciples had each other to help them along their way to being more like Christ so help your family and friends during Lent by encouraging them and giving them the support that they need.

Use the words that Jesus taught us to help you to keep your Lenten promise:

Our Father, Who art in heaven
Hallowed be Thy Name;
Thy kingdom come,
Thy will be done,
on earth as it is in heaven.
Give us this day our daily bread,
and forgive us our trespasses,
as we forgive those who trespass against us;
and lead us not into temptation,
but deliver us from evil.

In this Video we will see one of the former Becket 6th Form Chaplaincy Teams preparing for a special meal.

Listen carefully to each of the things that they need to do to prepare.

What sort of things do you remember and celebrate by sharing a meal with others?

How do you prepare for a special meal?

Do you use any of the same objects and preparations as you saw in the video before a special meal?

Help us Lord to celebrate special times with one other.

This weeks is all about Meals and below is the story of the most special meal that Jesus and his followers shared.

See if you recognise some of the words that we use during Mass each week.

A reading from the Holy Gospel according to Luke.

The day came during the Festival of Unleavened Bread when the lambs for the Passover meal were to be killed. Jesus sent Peter and John with these instructions: “Go and get the Passover meal ready for us to eat.”

“Where do you want us to get it ready?” they asked him.

He answered, “As you go into the city, a man carrying a jar of water will meet you. Follow him into the house that he enters, and say to the owner of the house: ‘The Teacher says to you, Where is the room where my disciples and I will eat the Passover meal?’ He will show you a large furnished room upstairs, where you will get everything ready.”

They went off and found everything just as Jesus had told them, and they prepared the Passover meal.

When the hour came, Jesus took his place at the table with the apostles. He said to them, “I have wanted so much to eat this Passover meal with you before I suffer! For I tell you, I will never eat it until it is given its full meaning in the Kingdom of God.”

Then Jesus took a cup, gave thanks to God, and said, “Take this and share it among yourselves. I tell you that from now on I will not drink this wine until the Kingdom of God comes.”

Then he took a piece of bread, gave thanks to God, broke it, and gave it to them, saying, “This is my body, which is given for you. Do this in memory of me.” In the same way, he gave them the cup after the supper, saying, “This cup is God’s new covenant sealed with my blood, which is poured out for you.

The Gospel of the Lord.

(Praise to you Lord Jesus Christ.)

Think of a time when you have had a special meal for something. It could be a birthday, an award or an anniversary.

Take some time in prayer to thank God for these wonderful events and memories.