This week the ‘Word of the Week’ is Lead. It is again a very appropriate choice as we’ve just elected a new 6th form committee and Head boy and Head girl. – You can meet them in this weeks video below.

We’re going to explore what it means to lead this week and we are going to elect new (or re-elect your existing) House Reps for the new academic year. These 2 students from each form will play a vital role in giving a voice to everyone as the year continues. It will also be their job to keep the form involved with all House activities. The activities this week will help you explore and decide who your leaders will be and by the end of the week we will have chosen the people to lead us through the next academic year.

It’s time for our “Word of the Week” watch the video above and check out for the notices at the bottom of the screen – don’t forget to leave your comments below!

Discuss what real leadership means in your forms.

Lord, help us to lead by example. Amen.

Today we’re going to define what it means to lead – and then start the process of choosing your leaders. Watch this:

Leading in a Catholic School is always going to be a bit different because we already have a leader to follow – Jesus. In essence our leaders are the “followers” that the video above talks about. The video tells us that we set the example and inspire other followers so how can your House Rep’s set a good example to all of you?

Have a think about whether you would like to be a House Rep.

Think about the example you would set and think about what you could do to be a good leader.

If time allows give anyone a chance to make a small speech to the form outlining why they would be a good House Rep and then either today or tomorrow hold a vote for your new House Reps!

Lord, help us to be good leaders by following you. Amen. 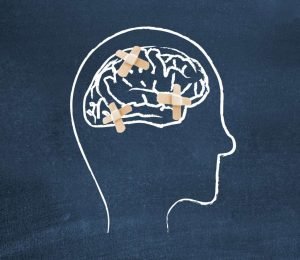 This whole term is about Taking care of yourself It’s going to look at issues around lifestyle, health, money and everything in between. It’s also going to give you an opportunity to look at the value of human life and how we can respect it in the world today.

Leadership often involves taking care of those you lead and as a school we care for each and every person and their well being.

This week use the Key Process of “Numb3rs” to debate the following statistic.

According to the charity Young Minds what percentage of young people in the country have a mental health condition?

Answer at the bottom of the page.

Lord, help us to take care of ourselves and others. Amen. 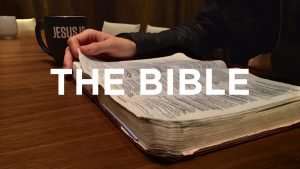 As you know, we are going to use the Scripture from this Sunday’s Gospel to reflect on every Friday. If you are in KS 3/4 You can use your planners to to help you understand the scripture.

This year we want to bring the Word of God to life on a Friday morning to help us reflect and understand scripture a little bit better, so with the help of our school community a different person each week will read our Gospel and share what it means to them. Use your planners to help you discuss and explore the story further.

One of the Pharisees invited Jesus to a meal. When he arrived at the Pharisee’s house and took his place at table, a woman came in, who had a bad name in the town. She had heard he was dining with the Pharisee and had brought with her an alabaster jar of ointment. She waited behind him at his feet, weeping, and her tears fell on his feet, and she wiped them away with her hair; then she covered his feet with kisses and anointed them with the ointment.
When the Pharisee who had invited him saw this, he said to himself, ‘If this man were a prophet, he would know who this woman is that is touching him and what a bad name she has.’ Then Jesus took him up and said, ‘Simon, I have something to say to you.’ ‘Speak, Master’ was the reply. ‘There was once a creditor who had two men in his debt; one owed him five hundred denarii, the other fifty. They were unable to pay, so he pardoned them both. Which of them will love him more?’ ‘The one who was pardoned more, I suppose’ answered Simon. Jesus said, ‘You are right.’
Then he turned to the woman. ‘Simon,’ he said ‘you see this woman? I came into your house, and you poured no water over my feet, but she has poured out her tears over my feet and wiped them away with her hair. You gave me no kiss, but she has been covering my feet with kisses ever since I came in. You did not anoint my head with oil, but she has anointed my feet with ointment. For this reason I tell you that her sins, her many sins, must have been forgiven her, or she would not have shown such great love. It is the man who is forgiven little who shows little love.’ Then he said to her, ‘Your sins are forgiven.’ Those who were with him at table began to say to themselves, ‘Who is this man, that he even forgives sins?’ But he said to the woman, ‘Your faith has saved you; go in peace.’

Lord, help us to listen to and follow your word. Amen.

According to Young Minds 10% of young people have a mental health condition.